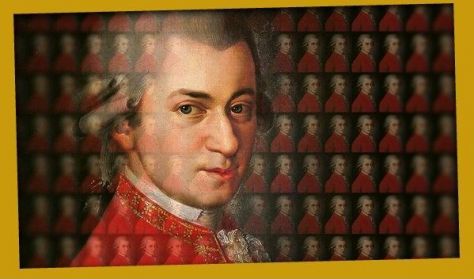 Wolfgang Amadeus Mozart: Piano Concerto No. 5 in D major, K. 175
Mozart’s earliest piano concertos were reworkings of works by other composers. His first totally original piece was the Piano Concerto in D major (1773). Theoreticians studying the balance of formation and the Mozartian strategy of sonata form reckon that the Piano Concerto in D major together with a few other pieces composed at that time (for example, the ‘little’ Symphony in G minor) are significant milestones not only in the career of Mozart but also for the important part they play in the development of the classical style. Maynard Solomon writes that they are considered noteworthy pieces for “primarily the symmetry of form, thematic development, harmonic structure and arrangement of the cycle, coherence, integrity and motivic work.” Mozart was very fond of this composition, he mentioned it in several letters and he was most willing to perform it at his concerts right up until the end of his life. The final movement is scintillating (even by the standards of Mozart), and its contrapuntal playfulness and dynamism are totally overwhelming.

Wolfgang Amadeus Mozart: Symphony No. 25 in G minor, K. 183
Mozart’s early Symphony in G minor is generally known as the ‘little G minor’ symphony in order to differentiate it from the later ‘grand’ Symphony in G minor No. 550. Despite the nickname ‘little’, this is Mozart’s first true grand symphonic work in the genre of symphony. He composed it in Salzburg in 1773, immediately after his trip to Vienna. At the turn of the 1760s, Vanhal, who was active in Vienna, as well as Haydn (‘Lamentatione’, ‘Mourning’, ‘Farewell’, ‘La Passione’) composed several works that due to their characteristic tonality later became known as Sturm und Drang symphonies, and these in all likelihood had an impact on the 17-year-old maestro. The film Amadeus by Milos Forman gave a huge boost to the modern-day popularity of the composition. The characteristic, passionately turbulent first subject group of the first movement can be heard in the opening sequence of the movie.