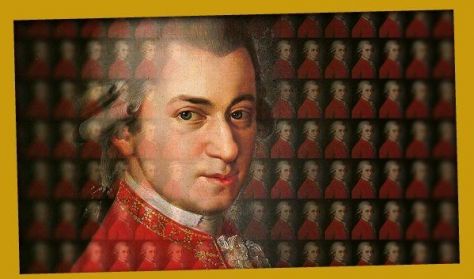 Wolfgang Amadeus Mozart: Flute Quartet in A major, K. 298
The A major was the last of the four flute quartets to be composed. The first two quartets were written in 1777 for the Dutchman Ferdinand De Jean, and the Flute Quartet in A major in 1786-87. There is an own theme in the first movement followed by four variations on this theme. The figurative, more mobile part is played by the flute in the first variation, violin in the second, viola in the third and cello in the fourth.

Mozart embroidered the tempo and characterization of the third movement with a witty note: Allegretto grazioso, mà non troppo presto, però non troppo adagio. Così-così-con molto garbo ed espressione (Allegretto grazioso, but not too fast, nor too slow. This way and that, so very elegantly and expressively.) The rondo theme itself resembles a Paisiello aria (Chi mi mostra, chi m’addita), but it is impossible to say whether Mozart or Paisiello was quoting the other.

Wolfgang Amadeus Mozart: Trio in E-flat major (‘Kegelstatt’), K. 498
In 1785-86, Mozart composed three piano concertos for his own subscription concerts. From among his piano concertos, these were the first pieces in which his favourite wind instrument, the clarinet, also features. He composed the Kegelstatt trio at the end of this period. (According to legend, the name comes from the game of skittles he was playing while composing.) It debuted in a private performance. The talented musician Franziska von Jacquin, who commissioned the piece, played the piano at this performance (Mozart was a regular guest of the Jacquin family and he wrote several works for their joint musical appearances between 1783-1788). Anton Stadler, to whom the later Clarinet Quintet in A major (K. 581) and the Clarinet Concerto in A major (K. 622) were dedicated, was on clarinet, while Mozart played the viola. This home concert also included the Flute Quartet in A major.